Fort Lauderdale Sailing at its Best!

​Captain Ron is a member of a number of prestigious sailing organizations including the international Storm Trysail Club and the Cruising Club of America. He is also very active locally with the Hillsboro Inlet Sailing Club, one of Florida's largest clubs of its kind. 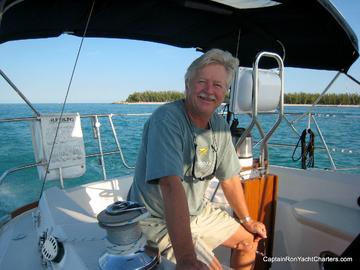 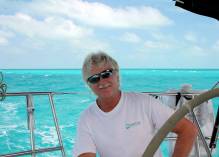 Captain Ron Schaper grew up in a commercial fishing family, spending summers on a small island in New York's Great South Bay off of the south shore of Long Island. He started sailing at the age of five, and, by the time he was a teenager, he was teaching sailing on Fire Island. After graduating from Colgate University he started sailing professionally, delivering sailing yachts transatlantic and to and from the Caribbean. He learned celestial navigation and spent five years employed as the captain of a 72 foot ketch. Captain Ron has cruised and raced sailing yachts worldwide and has had many adventures on the water that he enjoys writing about. His work has been published in numerous boating magazines:

“Do What to the Stays’l Halyard?”  has us sailing a 257 foot clipper ship in the Trans-Atlantic Race. Sailing Magazine, November 2005.

“In Hot Water” effective use of the gulf stream means a race win for a heavy boat. Sailing Magazine, November 2005.

“So Much For Shortcuts” young sailors push an old catboat to the limits. Yachting Magazine, November 2009

“Jonah on Board” reveals the travails of problem beset sail from Florida to Europe. Cruising World, July 2010.

“Written on the Wind” my early marine weather education was from my mom and dad. National Fisherman, September 2011.

“Schooners to Speedboats” how the Bermuda Race has changed. Voyages, Chronicles of the Cruising Club of America, 2011.

“Sea Room” a sudden need for steering while racing along the Florida Keys.